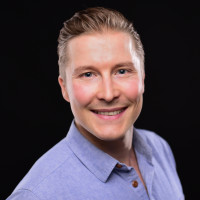 We announce The Self-Actualization Day that will be celebrated for the first time on the 31st of January 2021.

The day is celebrated yearly on the last day of January. Why? Because after a month, most of the people have forgotten or given up on their new year resolutions.

New year resolutions fail for many reasons, but generally, they don't work because of the "Intention-Behavior Gap" (also called value-action gap, attitude-behavioral gap), which is the intent to change behavior, but not being able to follow through on their intention. Shortly, the intention-behavior gap describes the failure to translate intentions into action. The failure originates from a lack of motivation, and an unclear goal, goal difficulty, action control, social support, level of commitment and even forgetting to act. As an example, a person decides to lose weight or meditate regularly but fails to continue the behavior after a few days and falls back to their previous behavior.

Change is hard, but there is enough science and knowledge about how to achieve goals including:

Therefore the day also tries to bring awareness about the research on goal achievement and self-actualization.

The aim of the day is to encourage people to take action, follow their passions, make a long term behavior change, and remind people that failing is always part of the change process and can be used to learn about their behavior.

Because social support is an important factor in achievement, longevity, and happiness, the day encourages us to give and receive support from others to reach our endeavors.

The goal for the Habinator app is to be the best tool to make a lifestyle change, or as the scientists call it: A behavioral change. We want to encourage people to pursue their goals in life and to learn how to achieve them, which is the basic concept of self-actualization. That is why we came up with an idea: The Self-Actualization day.

Save the date, share the knowledge, and take action to reach your goals!

Why should I set goals or change my habits? 7 reasons to get motivated

our users have completed!

our users have achieved!

our users have achieved!

our users have achieved last week!

is the longest streak our users have achieved so far!

Get the App and Get Better!